Options In Finding The Right Nanny 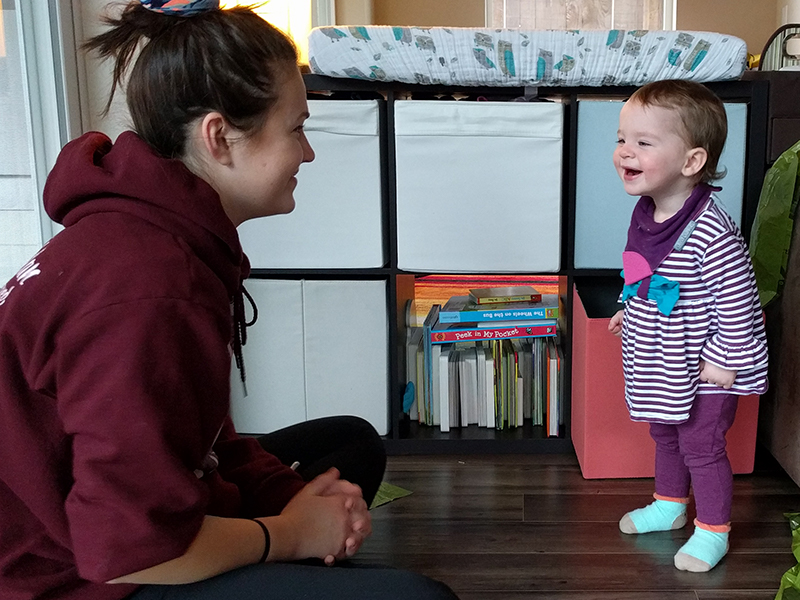 Quote of the Week
“Sometimes it takes a wrong turn
to get you to the right place.
~ Mandy Hale””

My husband and I were SUPER lucky with our first three nannies.

The first one we found from a neighbor. She lived almost next door. She was there AT 9AM everyday. She figured out our infants needs like how they liked to be swaddled, that the sheep stuffy calmed down my daughter, how to rock them to sleep. At naps, she made their baby food from scratch, did ALL our laundry (even though I only asked her to do the kids), and made sure to tidy up before taking a break. She went on to become a beautician.

Our second nanny we found from Care.com. LOTS of interviews later found someone we felt good about. She was even to able to do a trial day or two so we had a good handle on what kind of nanny she was going to be. She worked abroad at a daycare for a church retreat. She grew up in a big family. She taught the kids how to play with each other and by themselves. She was SO efficient at helping around the house where she would do things like vacuum, wash the floors, wipe down surfaces, laundry, and more during the kids naps. She took the kids outside everyday, rain, shine, cold, hot. She wore them out and they slept like champs! And on the days they struggled to sleep she sat and sang to them. She made all their food and experimented with different veggies and combinations. The babies learned to walk and run with this nanny. They learned manners and boundaries. She is now studying to be a neonatal nurse.

Our third nanny was also was found via care.com. Her and I grew together. Figuring out nap schedules, weaning from bottles and pacies. She was with them in the heart of them being two. She also set clear boundaries and was a STICKLER for manners. She ran them around outside everyday. I realize now that the weather is nice again and my son plays outside for HOURS why he used to sleep better than he has. OUTSIIIIIIIIIIIIIIIDE was his first word after all. She was a HUGE help around the house from cleaning, laundry, and cooking. She gave me 2 months notice that she needed to find another job outside of childcare and I was devastated. She had been with us for a year and a half and my children had really gotten attached. They were attached to our second nanny, but young enough that the transition between two and three was easier.

So, back to Care.com for nannies four and five. Four was great, but she was too expensive and we couldn’t give her the hours she needed and five was EMMENSLY unreliable. I knew she was going to be tough as she had to take two busses to get to us. She also had other red flags like how hard it would be to set boundaries and say no - which she proved. Took her a bit to figure out their schedule and keep track of time. She was the first nanny we had to fire and I just am out of energy between taking so much time off work to cover for this very absent nanny to making sure there was back up care every day once she no longer worked for us that going back to care.com was just exhausting.

So a friend nearby recommended an agency she used. Her nanny has been with her for almost two years - helps around the house, makes food from scratch, plays, and more. I’ve met her nanny and she’s amazing. So I got in touch with the agency.

Pros and Cons of Care.com

Pros: Less expensive - you pay the hourly, any benefits you want to stack on top, and taxes. Care.com will even help you pay taxes if necessary. There’s a monthly fee, so once you find someone and if you decide to pay your own taxes (if your state requires it), then you can cancel anytime.

Time consuming - I think the last nanny through a lot of red flags for us, but we didn’t have any other candidates and we were out of time. I was hoping I could just train her.

Pros and Cons of An Agency

We’ve been working with The Complete Nanny here in Washington, and the women who runs it has been great. Responsive, transparent, and clearly understood what we needed.

The nanny she found us starts tomorrow, Tuesday, and I haven’t felt this hopeful since nanny number 2. With this nanny she comes from working at a daycare. She wants to be able to give that 1-1 attention (going for eight kids to now two). She has a car. Lives 15 minutes away. Wants to do this for three years. I gave her a few minutes to play with the kids and she just got right in there. As she was reading to them, she was asking them questions, pointing out words, listening to them add commentary. I know it was only 15 minutes but that simple interaction showed so much.

Pros of an agency: We only had to interview one person. It took The Complete Nanny a few weeks to find this nanny, but we only had to meet with one person and she was right on the mark. Her rate, her background, her location and transportation.

TCN did all the work in those three weeks, working their network, to find the right person. We only had to provide a guide to get them started. They’re going to pay payroll and all our taxes. We just pay one hourly rate - it’s all included.

Two cons, which I think were worth it:

It took 3 weeks before we even had an interview then another 2 weeks before she could start. So i’ve been in nanny limbo for 5+ weeks. I’ve been lucky with backup care from other nannies that I got through friends and daycare, but it was sporadic and only mornings were covered. I’m very much looking forward to a full time person who can also help around the house as well as take care of my kids during work hours.

The second con, when compared to Care.com is that it’s going to work out slight more expensive. Between the cost of the background check and the higher hourly rate (taxes included), it’s going to put us slightly more out of pocket. Still less expensive then if nanny number 4 was full time though.

I got really lucky with my first two care.com nannies. I think the timing of finding someone during the summer opposed to October was in our favor - more candidates. I think we had more energy to vet them properly, first with coffee dates without kids then a second round with the kids, and if we could squeeze in a trial day or two.

I think using an agency came from simply being out of energy. 3 years with 5 nannies. So for us, it was just time for fresh eyes. Someone with their own network who had the energy and time (because that’s their job) to do the leg work to find the right person.

Maybe if we had used an agency out of the gate we’d still have the same nanny - but I love those girls and the experiences they gave my kids and I wouldn’t change it for the world.

If I had to go back and do it again, knowing what I know now - after those first few interviews for nanny number 4, instead of settling for someone who was two expensive or someone who was going to take the bus and not set clear boundaries, we should have switched to an agency sooner. But then who knows. We may not have found the gal who starts tomorrow who I think is going to be amazing. So maybe everything really does happen for a reason.

Being a parent is hard and we can’t always see the forest through the trees, but when you finally do, everything tends to work itself out. You got this momma even when you really don’t feel like you do. You just keep doing you.