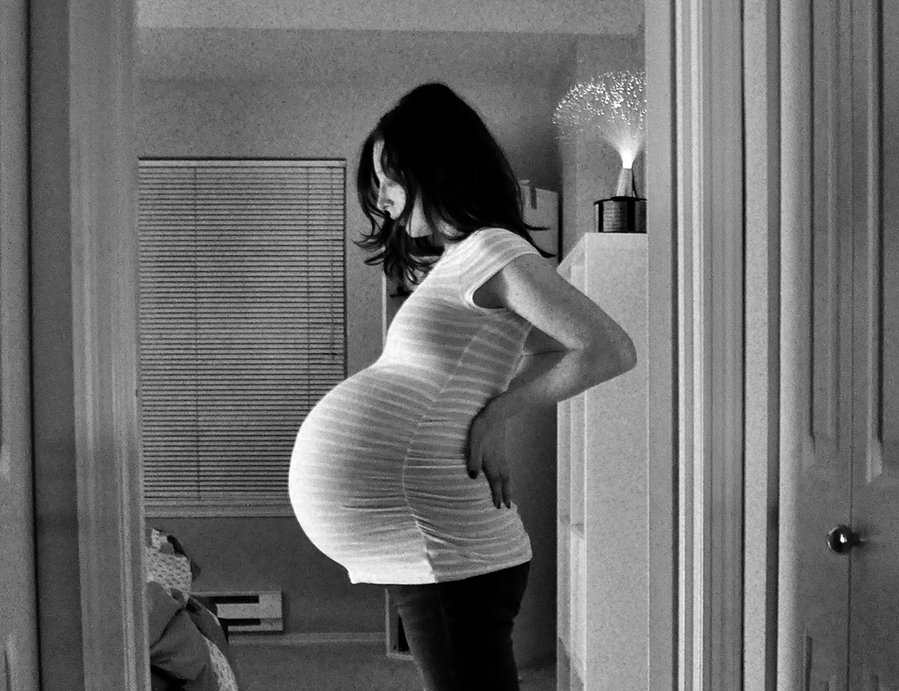 Quote of the Week
“I may not have gone where I intended to go,
but I think I’ve ended up where I need to be.”)

At week 5 in my pregnancy, I had a complication (a story for another day), that sent me to the ER then required me to have scans every week for another 6 weeks. At week 5 there was only one sack and no heartbeat (too early). My husband was with me for that one. The next week, I went alone, because it didn’t seem reasonable for him to miss work so early in the process. Week six scan… Two Heartbeats. Two. TWO! And I found out while I was alone. I drove home alone - freaking out. When my husband got home, I told him over sparkling cider and a giant bar of chocolate. We hugged a lot. And said, “Two” a. lot.

So, how did I make it to term? I have NO Idea. In the pictures I look like a Dr. Seuss character. I look back and still have no idea if it was pure luck, or if this had a positive contributions.

According to American Pregnancy Organization exercise during pregnancy helps to alleviate many of the common problems of pregnancy. It improves circulation, which helps prevent constipation, hemorrhoids, varicose veins, leg cramps, and swelling of the ankles. It also prevents back pain by strengthening the muscles that support the back.

Because of my very early pregnancy complication, my OBGYN prescribed walking. Something to help recover was to move a lot. Luckily I lived in a town that was very walkable. I had a grocery store just behind the house with a Starbucks and then 7 minutes down the road was a shopping center. So everyday, I went for a walk to somewhere. I liked having a destination. I’m not good at just going for a walk or a run. I need purpose.

In the first 4 - 6 months (and an entire year before that) I walked to my barre classes. I kept up with Barre until the walk became the exercise and I was too tired to do the workout on top. We only had one car so if I didn’t walk, I couldn’t go. Having a full year and a half of barre I think played a major role in making it to term as well as the actual delivery. My doctor and nurses kept saying how strong I was. I pushed for 1.5 - 2 hours, which according to Penn Medicine, first-time mother’s can push up to 3 hours. I’m sure the babies’ smaller head sizes helped with that too. Non-the-less having a strong core from barre I’m sure played a role.

Once I couldn’t walk to barre anymore a close friend and I started taking up pregnancy yoga classes near by. A much slower, more relaxed pace that focused on pregnancy pain points. So not an actual workout, but some moving is better than no moving. It was awesome. Especially going with a friend.

While there are many benefits to exercise during pregnancy, it’s highly recommend checking with your doctor before continuing your regular exercise incase you’re at a higher risk for early delivery. My doctor told me to move. So, I moved.

TRICKS OF THE TRADE

Carrying 40 extra pounds of weight - especially by week 36 - can literally be back breaking. I was surprisingly okay. I had other problems, like not being able to eat even though I was starving as I had ZERO room in my stomach by the end. I had morning sickness the entire time of pregnancy that only Diglegis and carbs - soft pretzels flown in from Philly to be exact - could curb.

I saved my back thanks to yes, exercise, but I also wore three layers of support around my belly. I had pregnancy pants that had the belly part go all the way up and over. Then I wore a full belly band (meaning it went from my hips and all the way up to my chest). Then finally, a belly hand that sits on your hips and under your belly. I liked how all the things hugged. I didn’t like being without any piece of the puzzle.

Because I wasn’t in pain I was able to keep moving (well, more like waddling) all the way to 38 weeks.

A pregnant colleague of mine asked a few of us what we did to support our backs when we were pregnant and I told her of my three layer insanity. Another woman mentioned she used this brand and said it’s the best, because of how long they were. I wish I knew about these belly bands with the twins but happy I get to share it with you!

Finally, I noticed on a pregnant friend of mine today, she had two pieces of rock tape on her back. She said her Chiropractor recommended it to remind her to hold her posture properly which she said has really helped with her back pain. If you see a chiropractor maybe ask about this technique and see what they recommend.

I think Dory said it best… “Just keep swimming”. Pregnancy is glorious and impossible (multiples or no multiples). My moving is different than your moving. Any movement is good movement.